You have been hearing me go on and on about casting small parts to save you the time and effort of hand-making each part, in addition to ensuring that each part looks relatively the same size and shape. Well, we have the press molds figured out.

Modeling Magic is good for making the original part as it is fairly flexible and workable, but the end result is soft and spongy and will often not stay adhered to wood. Further, when you use the part as a master for mold making, you can almost be assured you will destroy the part trying to extract it from a mold made with InstaMold. So using Modeling Magic to cast the part is also going to result in a large number of destroyed parts trying to extract it from the mold.

I tried paper mache, once, but its drying time was pretty long and although it was sturdier than Modeling Magic, it still suffered during extraction from the mold. Plus, the end product had the texture of a rat.

Green Stuff was the obvious go-to, but as I have been making sun helmets and hussar pelisses I came to the conclusion that the curing time for Green Stuff (two-party ribbon epoxy) is too long. It would take about eight hours of curing time to harden the part sufficiently that I could extract it from the mold without warping. Eventually I synchronized my part making with waking up in the morning and going to bed, resulting in two parts per mold per day. That is fine for making a part or three, but if you want to build a unit of 20 soldiers, that is not fine at all.

I am always experimenting with new materials and I ran across InstaMorph while shopping on Amazon for InstaMold. InstaMorph, as indicated on the packaging below, is moldable plastic. 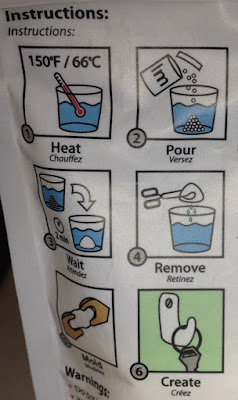 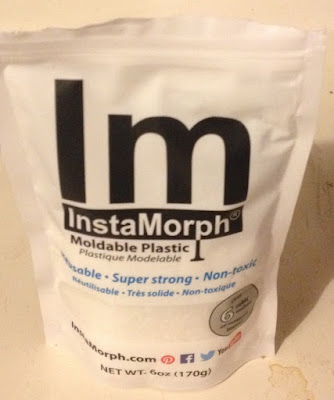 In fact, it works just like InstaMold in that you drop it into hot water, let it melt, pull it out and mold it into the shape you need it. Or in my case, press it into the mold. As you can see by the picture below, it consists of little, white, plastic beads that turn clear when sufficiently heated. 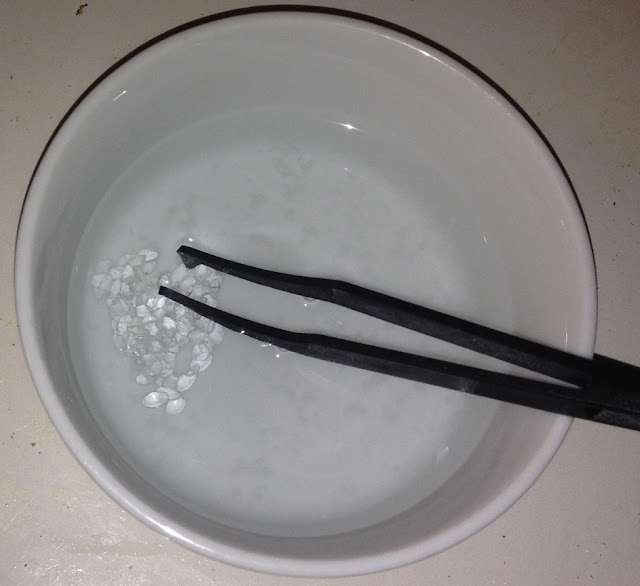 The first scare was that it felt and looked exactly like InstaMold. When I pressed it into the mold I wasn't really sure if I was going to be able to get it out. You can see in the picture below that it is hard to distinguish between the mold and the cast. 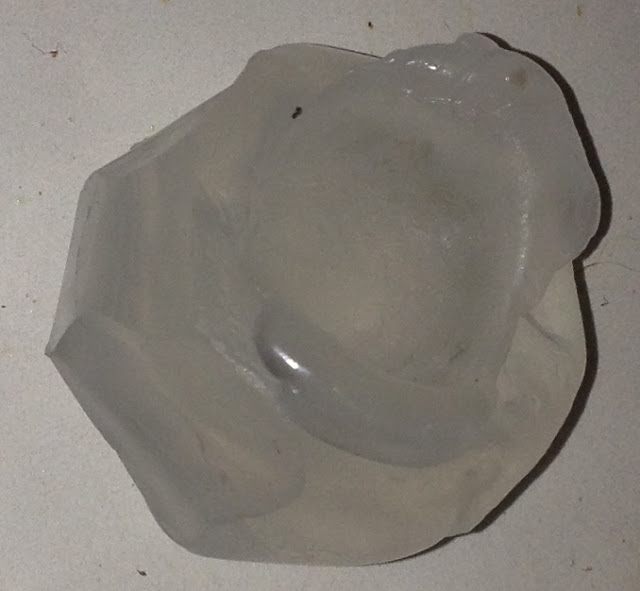 After it cools – about five minutes – the InstaMorph plastic turns white, so you can clearly distinguish between mold and cast. Further, the cast pops cleanly out of the InstaMold mold with no sticking whatsoever. 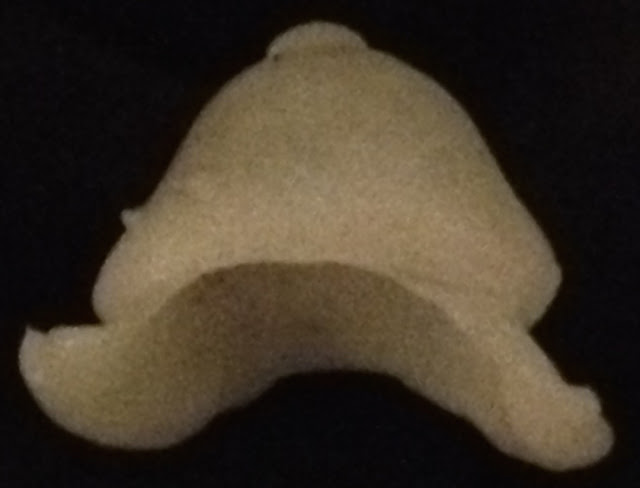 Mind you, InstaMorph is not the same plastic as InstaMold, not by a long shot. InstaMorph plastic is hard. The kind of hard you wished your old Airfix soldiers had been, but not the styrene like the new Games Workshop, Privateer Press, and Victrix models are, which are more brittle. When you tap these parts on the table, they make a hard sound.

That said, there are two negatives to this plastic: it is harder to cut and trim; and it is harder to sand and shape with a rotary tool (like a Dremel). The plastic is hard enough that thick pieces cannot be cut with scissors. Cutting with modelers wire cutters made a sound like cutting through thick nylon. Because of the low melting point (150º), sanding drums will often melt the piece rather than sand it, even on low speeds. That usually renders the sanding drum unusable, as the plastic melts into the grit. I had to use a very coarse burr in order to remove material and I had to run at the lowest speed. Even then I could not remove material for more than 2-3 seconds at a time, and had to keep stopping to let the material cool. (Tip: keep a bowl of ice water handy so you can dip it to quickly cool the material.)

After trimming it, here is the InstaMorph helmet versus the Green Stuff version. Hard to see the detail, given it being stark white, but it really is a good quality cast. It takes far more time to trim than the Green Stuff version, but the upside is that all of the shavings can be melted down and used in the next cast.

So is it really worthwhile? Yes, because of the one single fact that you can cast a part once every ten minutes or so. So if you are looking at "mass production", InstaMorph is the go to product over Green Stuff for casting.

I bought a 6 oz. bag of InstaMorph for $10 on Amazon. If you buy the bigger bags it is much cheaper per ounce. But 6 oz. is a lot, so unless you start casting really large parts, it should last you quite a while.

Recommended.
Posted by Dale at 9:52 PM