As you might have guessed, I have not been doing a lot of woodworking of late. That's just me; I go in cycles. I decided to try and ease back into it by working on the 28mm Seleucid armored elephant that Don needs for his Seleucid DBA army, so we  can game with my Armenian army. (That might inject some interest into playing DBA again, both face-to-face and solo.)

First is the mahout. This is a simple micro peg with the bottom ground off. I will attach sticks to the side of the elephant's neck to represent the mahout's legs. 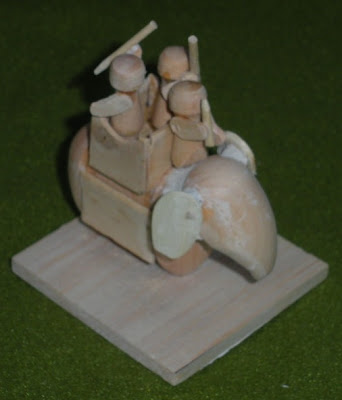 Second up is the pikeman. I think I did a pretty good job in the pose with the arms. This allows him to jab his pike downwards against any sneaky light infantry trying to hamstring the elephant. 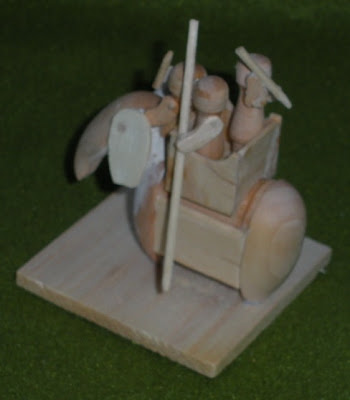 Lastly is a javelin thrower. I will probably attach a wooden rectangle to represent a case of javelins for this crewman to throw. 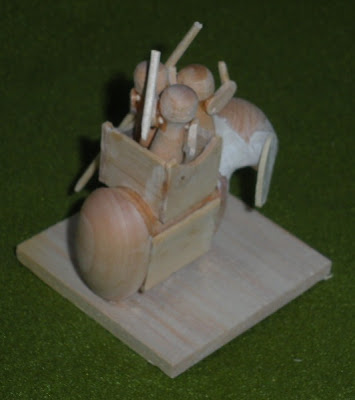 I am debating whether to put a light infantryman or two on the base to represent elephant escorts. I might possibly add a shield to the sides of the howdah for a little extra shape and color. I can't wait to paint this!
Posted by Dale at 10:00 PM No comments: