Despite my talk about "leveling versus aiming" last time I could not help myself; I had to paint the firing figure aiming because I wanted to try:

What I also decided to do is take one of the previously painted figures and replicate him in a firing pose. Although it is a novel idea, making duplicate "unique faces" across several figures is not easy. Some of the "uniqueness" is produced through mistakes, after all! 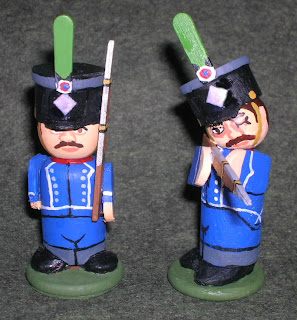 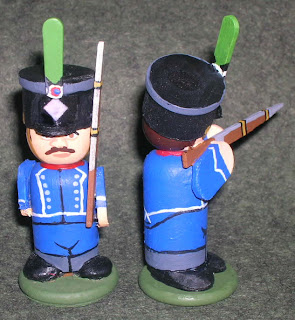 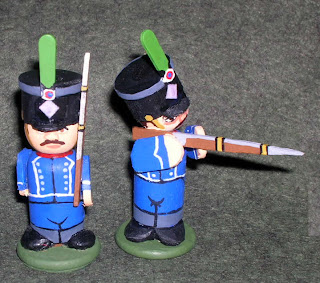 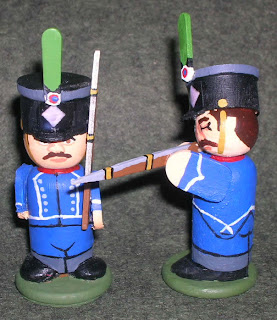 Despite the positioning of the hands and feet not being "perfect", I think this is the way I will go from now one. The one problem I can see with this pose is transporting it. If I am driving to a game and I have the unit in my storage box, I don't think it will be a problem (I use magnets and metal), but traveling with them on a plane is another matter. I'll have to think about that.
Posted by Dale at 7:42 AM