Finally got those two figures painted, the thief/slinger and the other bravo type guy.  Here they are. 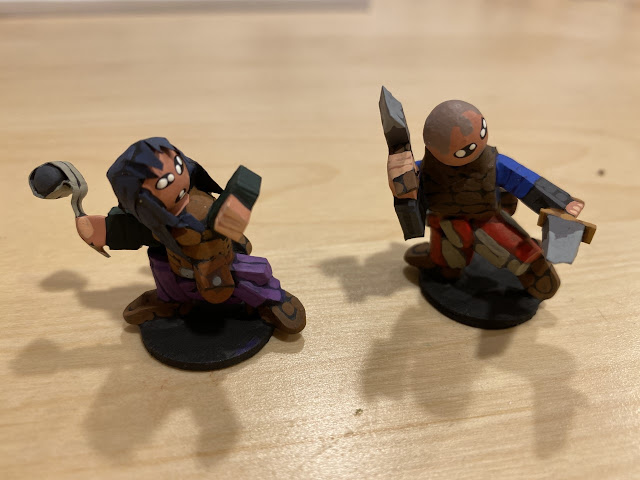 I like how they turned out, especially the slinger although the leg position on the other figure turned out well too, I just don't like his head much.  More on that later. 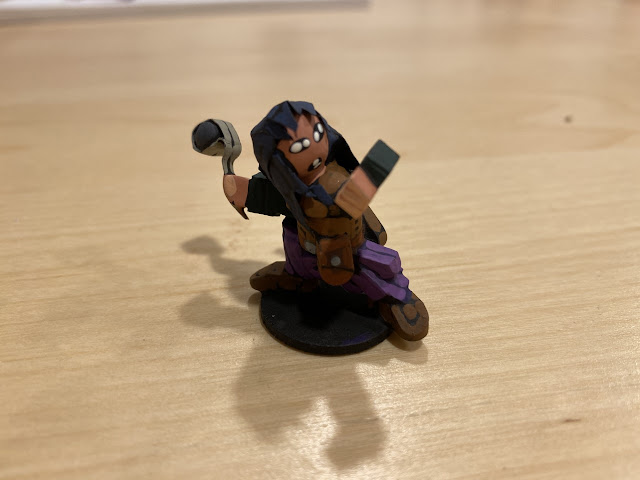 Same lunging legs as before, the bent knee leg being a flat plug and the long straight leg being a tile spacer. I continued to try and get a little more creative with tile spacer pieces to make it look like he is wearing baggy pants.  Hard to see here but his left extended leg has some additional tile spacer pieces on the top and inside bottom of the leg to mimic draped cloth. 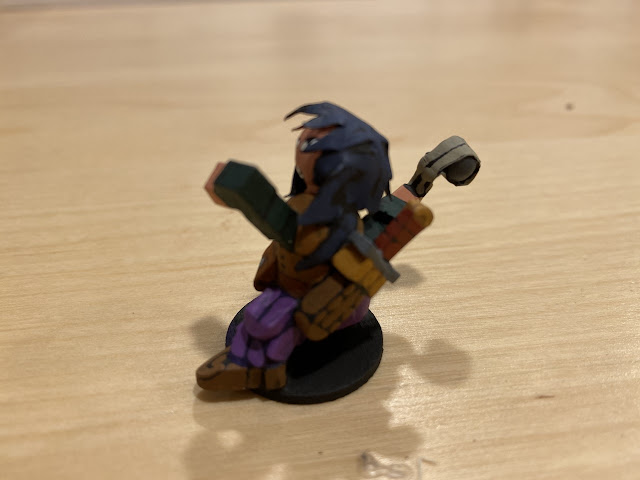 Head, body, weapons, and arms are just like the Gray Mouser figure.  The sling was fun.  It's just paper with a small round bead glued into the loop end and painted to look like a rock. 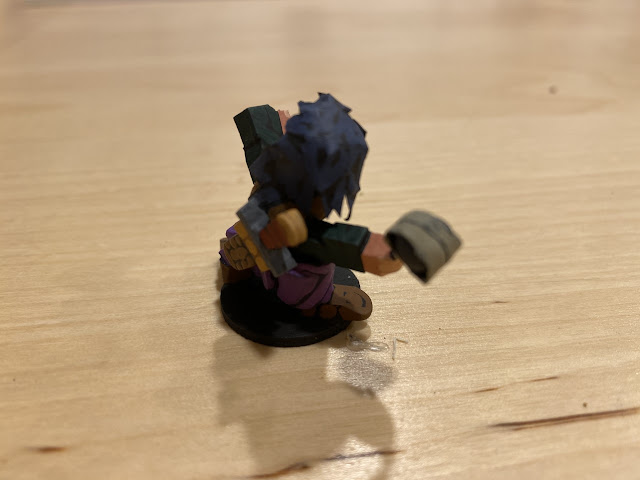 The bravo has a different leg positioning that's actually easier to see in the first picture.  His right leg is bent as normal and is a flat plug, but his bent left leg with the tip of the toe touching the ground only is also a flat plug for the upper part of the leg, and a tile spacer for the leg from the knee down.  Tile spacer feet and arms as normal.  I wasn't sure if this leg position would look good, but it turned out okay. 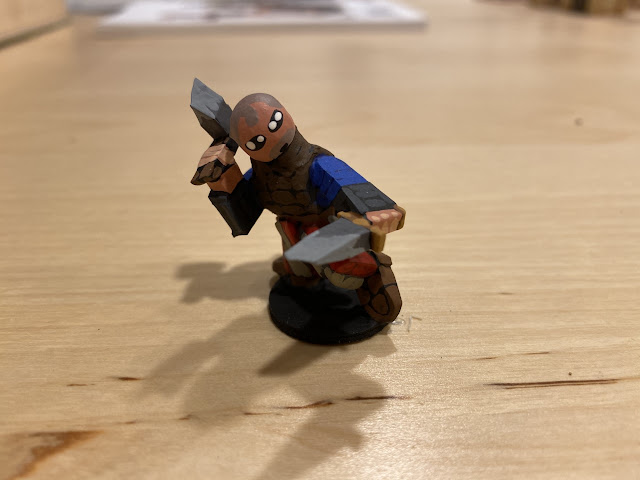 I don't like his head, though.  I like the close-cropped shaved head look, but I tried to give his leather armor a collar and I don't think it looks very good.  Makes him look like he has a really long neck! 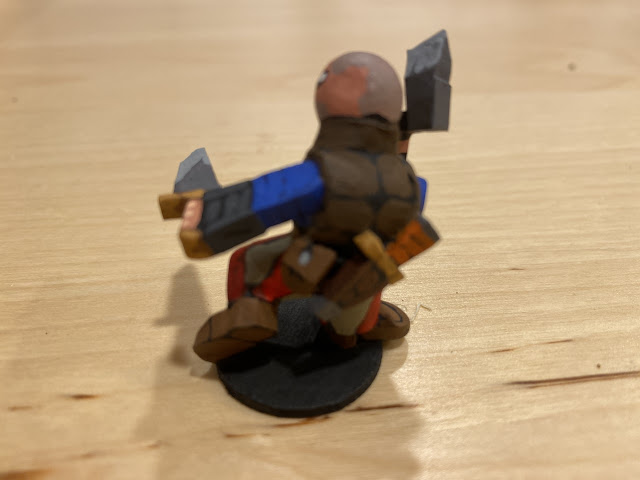 You can see the left bent leg better in this shot.  Also, I used a small barrel bead for his upper torso.  I do like this look and at least with arm positions like these it works fine with the tile spacer arms if you first cover the holes on the end of the barrel bead with paper.

I've got several experimental builds on my table right now, but I'm not sure when or even if they will get painted.  Time will tell ...