Sorry it has taken me so long to post, but I've taken this time at home for the past several months to really work hard on several minis projects that have not been getting any love from me.  Unfortunately, that meant that my wooden project, the Conan game, was put a bit on the back burner.

But, I did today finally get the Serpent Guard on foot miniatures painted ... and am I happy with them!  They turned out better than I hoped they would.  Just as a reminder, here is an image from the Arnold movie that shows the troops I am trying to represent with my little wooden fellows. 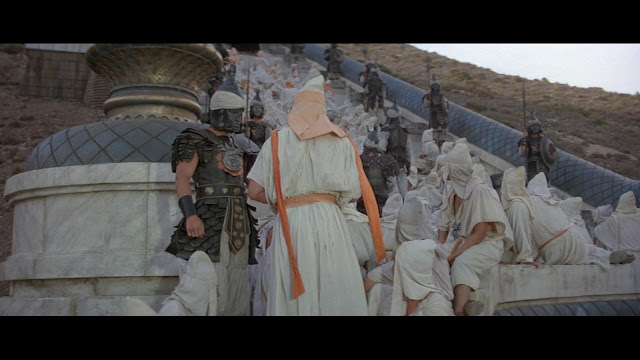 So there is Conan with his back to the camera, disguised as a priest, speaking with one of the Serpent Guard troops, actually he is showing him the snake battle standard.  The troops are such a cool combination of several real life Dark Age/Early Medieval period soldiers from in particular the Middle and Far East, giving them a distinctive fantasy, but believable, appearance ... not so much with more contemporary attempts where the armor has shoulder pads larger than those of a defensive lineman in the NFL!  The armor is thick leather but there are leather scales on the skirt and upper arm coverings, with a definite Saracen looking helmet on the top with samurai neck covering.  However, they also wear metal face masks, similar to several elite troops from a number of different armies of this period or earlier in our world.  Just a very cool looking troop type I think.

Here is my interpretation of this soldier for my Conan game.  I left off the snake imagery just so I could use them in other games, but except for that I tried to remain as true as I could to the image above. 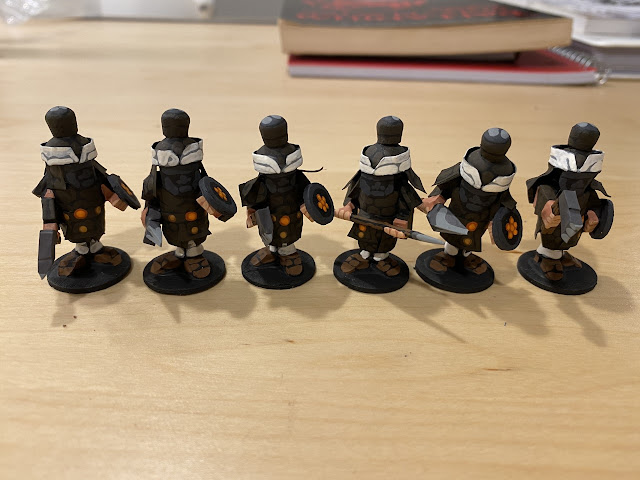 The builds on these guys were pretty complicated in terms of the paper.  The belt with the groin cover built in, the samurai-like skirt, the head wrap around the top of the helmet, the shoulder armor all made for a tough build.  The painting, though, was pretty straight forward.  I didn't paint eyes to give them more of a haunting appearance.

Now a view down the line from each side. 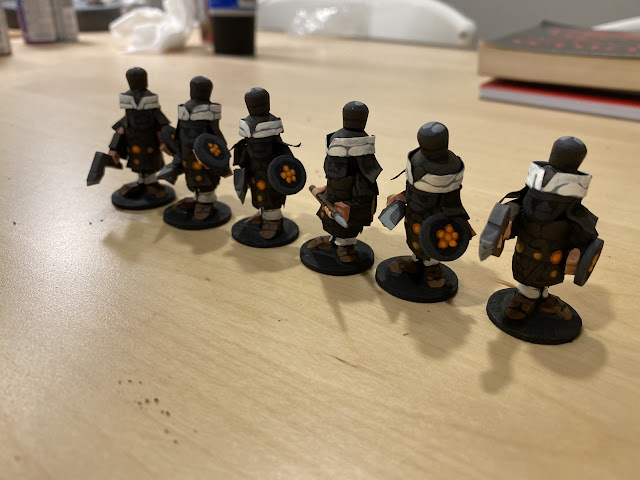 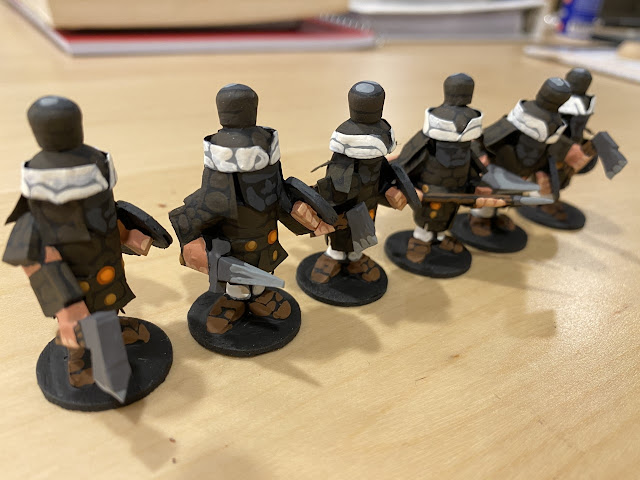 I went with burnt umber, a dark and somewhat faded brown, for the armor.  In the movie it looks almost gray in some scenes but in looking at the actual props online when they sold them off at auction it is definitely made out of thick dark brown leather that looks a little gray in the sunlight because the leather is shiny.

Now a shot from the rear. 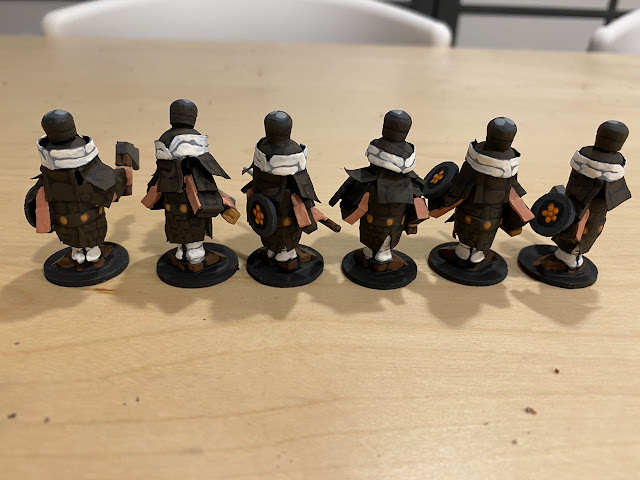 And a couple of up close shots that are a little fuzzy, but still you can see a little better the details in these pics. 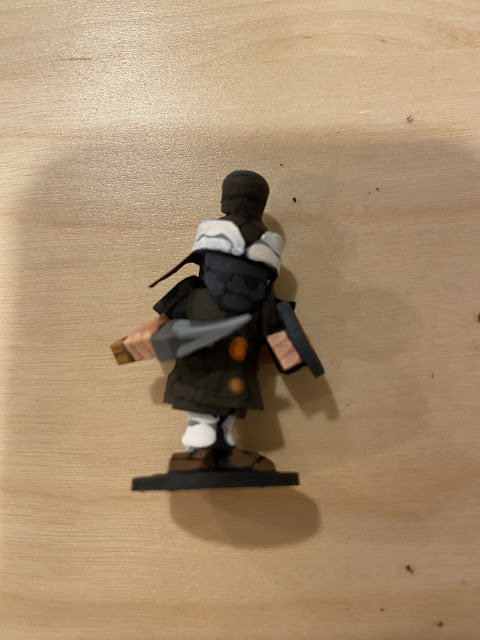 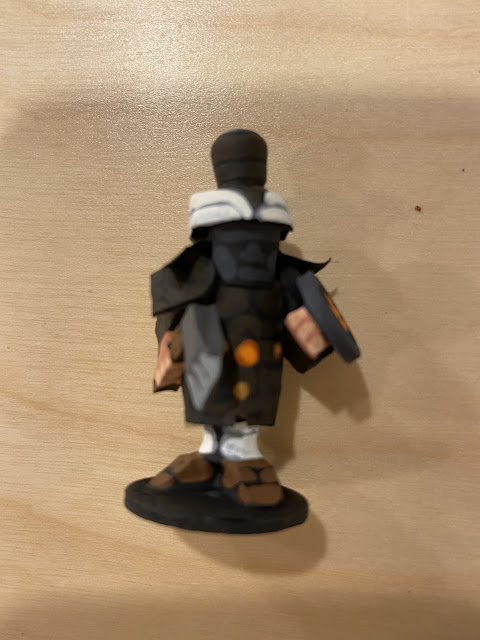 They are now ready to be killed off by the heroes!

Not sure what I will do next, either these guys on horses or the Fafhrd and the Gray Mouser or Conan figures.  But I hope over the next couple of weeks to post pics of something else wooden that has been constructed already painted up.
Posted by GrayMouser65 at 8:06 PM 2 comments: