Not to give TMI, but I ended up having to get ulner nerve surgery on my (of course!) right arm and wrist.  So I haven't been able to paint for a while.  But I'm back now, although I don't think my hand will ever be the same, so my quality of painting will likely go down a little.  But that's okay with me, I do this for fun, not to win painting contests.

Here are the mounted figures of the Black Guard for my Conan game scheduled for the next Barrage convention (September). 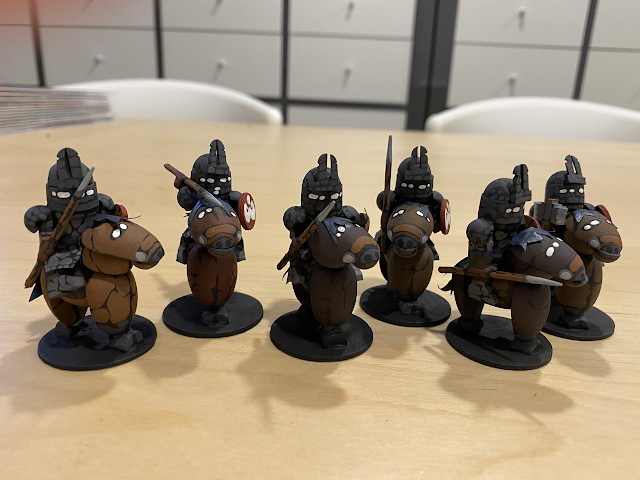 Quite the intimidating looking bunch!  Horses are a little different, I gave them hooves and a lower jaw this time, and I also did the manes and the tails with paper instead of the fuzzy pipe cleaners I have always used.  I wanted consistency in the appearance of my miniatures and paper for the manes and tails is a better option, even if it is less dramatic. 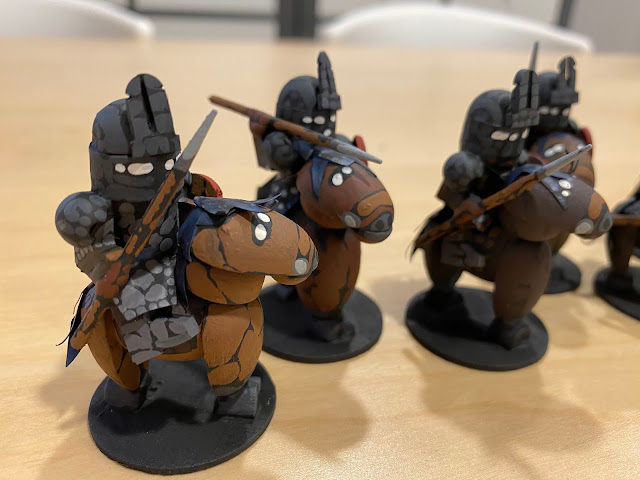 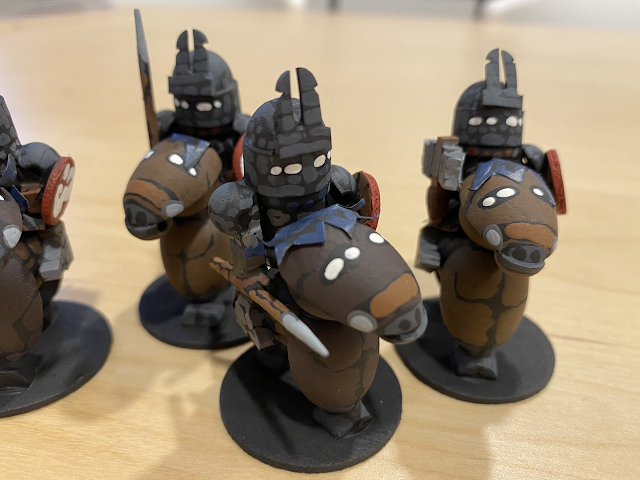 And now for a rear shot. 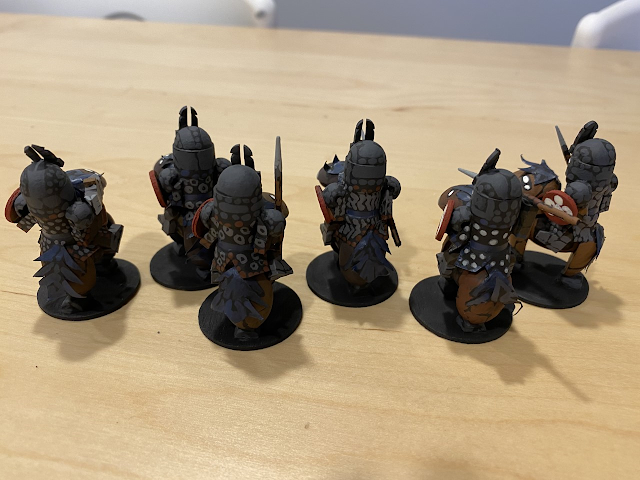 I tried to make a match between the foot and the cavalry figure so I can have a mounted and dismounted version of the same guy (sort of the point of doing both!).  It was hard, but I think they look close enough. 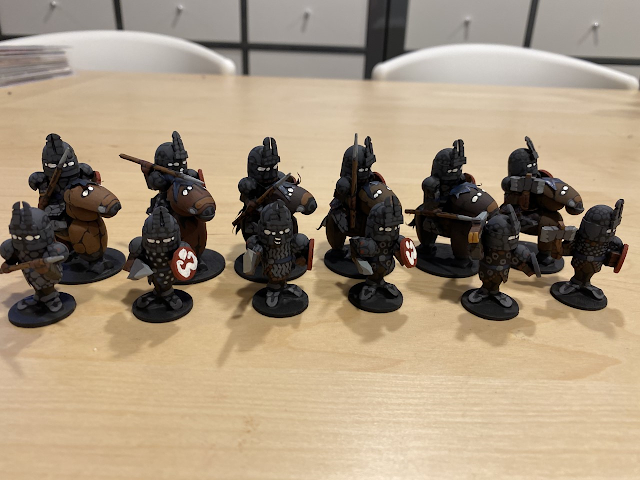 And now some close ups. 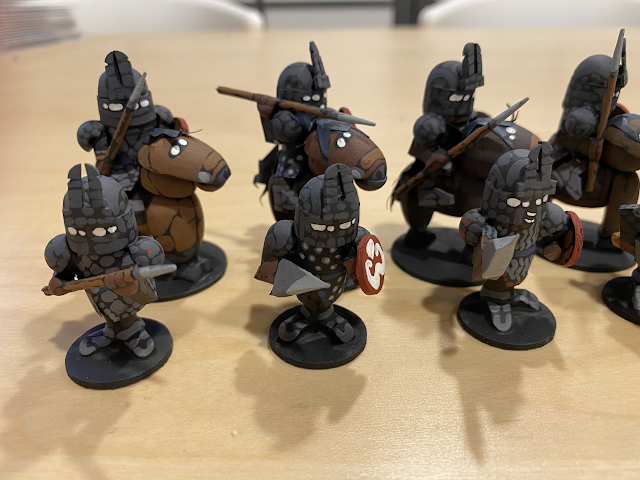 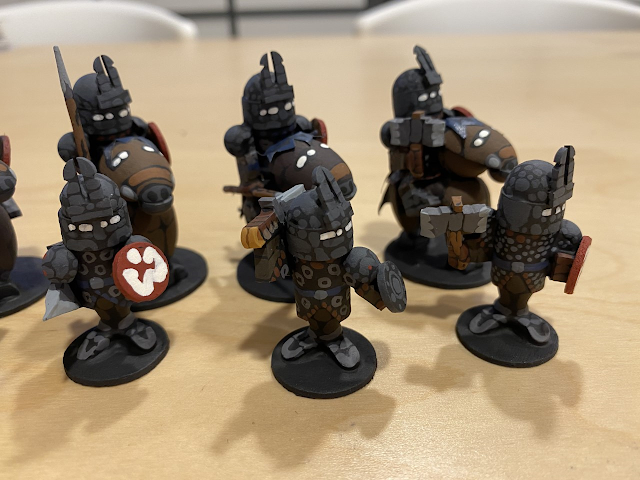 And now, onto the Serpent Guard!
Posted by GrayMouser65 at 12:49 PM